Bad Blood: Secrets and Lies in a Silicon Valley Startup

In a book that is both gripping and alarming, John Carreyrou of the Wall Street Journal tracks the meteoric rise and fall of Theranos, a start-up that claimed to revolutionize health care. Its lessons should be learned by everyone in business, law and politics. If it were a conventional thriller, the reader would guess the outcome within the first few pages. But this is no work of fiction.

Elizabeth Holmes, Theranos’ founder, started life with advantages : comfortably-off parents whose forebears had been rich and distinguished, private schooling, and a scholarship to read chemical engineering at Stanford. From the age of ten she had wanted to be a billionaire, so after two terms of study in 2004 and at the age of nineteen, she left university to found what she intended would be a groundbreaking company.

From a base in Silicon Valley, she intended to develop and market a small device to extract tiny amounts of blood with the minimum of fuss, analyze them for any number of conditions, automatically calculate the correct dosage of the appropriate drug, and all with the remote involvement and electronic oversight of the prescribing physician. Medicine would enter the internet age. Within a decade the company was notionally valued at ten billion dollars.

Yet its founder had no medical competence, little engineering background and minimal commercial experience. What laughably inaccurate results were extracted from blood samples depended upon conventional methods, misused conventional equipment and Heath Robinson contraptions. So, how was it done?

Security was obsessive, inter-departmental contact was discouraged, dissenters were unceremoniously shown the door, technical hitches were glossed over with prevarication and outright lies, management was largely by fear. There is nothing novel there. Nor in the fact that the visionary was more important than the vision, image than truth, and sycophancy than professional competence. Nor in the outrageous way that expensive lawyers were deployed like a racketeer’s thugs to terrorize critics, rivals and ex-employees.

No, the truly astonishing feature of Theranos was the stellar cast of supporters whom the founder gathered around her — two former US Secretaries of State, a future and a former US Secretary of Defense, hugely experienced investors, top-level politicians and prominent CEOs. All were somehow mesmerized by the personal magnetism of a young, unqualified entrepreneur who, for some of them at least, appears to have occupied the position of honorary grand-daughter. None of this stopped them and the other backers from losing around six hundred million dollars.

Thanks to John Carreyrou’s tenacity and the backing of the WSJ, the curtain has come down on the whole sorry business. Theranos is bankrupt and criminal proceedings have begun. This book holds the attention from start to finish, is worth every penny and should be required reading. Yet its fundamental message can be briefly summed up in the good old army phrase : bullshit baffles brains. 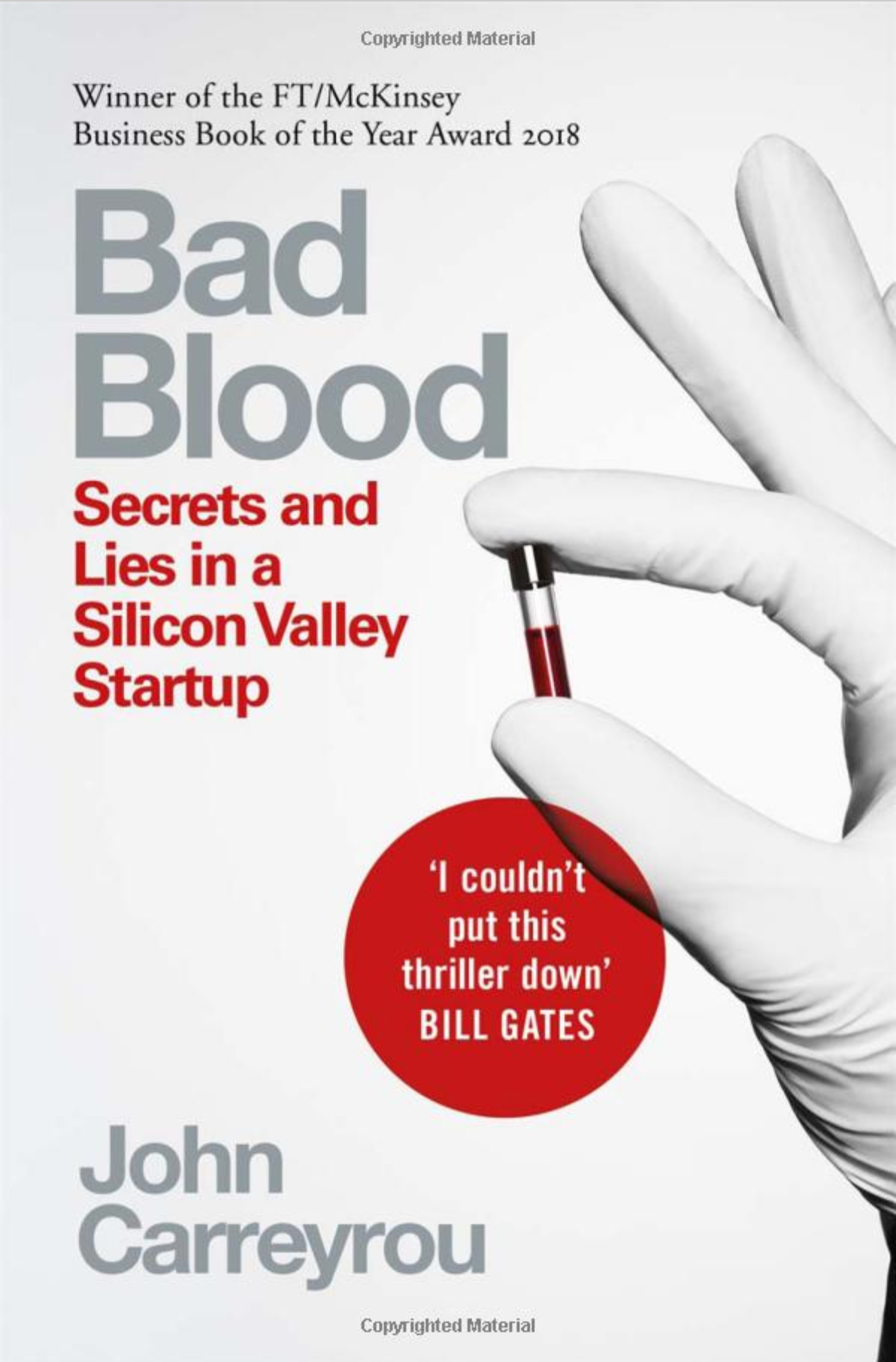