Everyone is nervous about China. From being inscrutable and remote it has suddenly become a major player on the world stage. Although more information is coming out, there is little clarity about what is really going on; this highly readable book attempts to show what and to suggest why.

Dinny McMahon is an Australian journalist who began to learn Mandarin when he was nine and who subsequently lived in China for 13 years, working for the Wall Street Journal and the Dow Jones News Service. His concern for the country and his love of its people is obvious. He has a worrying story to tell.

He draws upon statistics both official and unofficial, personal interviews and revealing anecdotes. The picture he forms is convincing : massive and rising debt, stalling production and over-production, breakneck development – it is claimed that in a mere two years (2011-2013) China seems to have laid more cement than the US did in the whole of the twentieth century – and huge population shifts, all within the context of top-down control, bureaucratic inertia and a capricious attitude to what westerners would regard as the rule of law.

The book abounds in horror stories. It is estimated that there are at least 50 newly-constructed but barely-inhabited “ghost cities”. Every year each province without exception submits growth statistics to show how it exceeds the national average. China produces 80% of the world’s ballpens but, despite being the world’s major (over-) producer of steel, it has to source the all-important steel balls from abroad. What bears the proud legend Made in China very often only means that it was assembled there. A yarn manufacturer has worked out that it is cheaper to transfer production to, of all places, South Carolina. Above all, as all citizens instinctively know, and some foreigners discover to their cost, offend the wrong person or publish the wrong statistic, and you may end in gaol.

Chinese leaders know this, and are doing their best to bring about radical change. But there is a profound difficulty. Their totalitarianism brings controlled stability, without which they believe there can be nothing. But it also brings dependence upon the state as the guarantor of last resort that will provide the ultimate bail-out, if (the author thinks when) there is a major financial collapse. And the system is not likely to have the resources to do so.

China is extending its economic and political influence. A collapse will have its effect on the outside world just as much as within China. What that effect will be is anyone’s guess ; Mr McMahon does not attempt to speculate. Will it be Chinese glasnost? an Arab Spring? another and more drastic Tianamen Square? an aggressive foreign policy? Nobody knows. But on the evidence of this fascinating book, whatever it is we need to get ready for it. 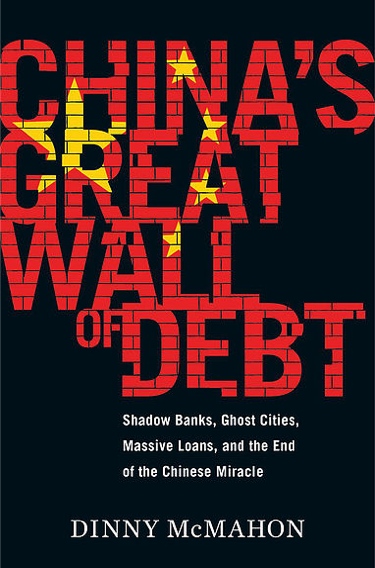