A distinguished mediaevalist once gave a warning to a group of undergraduates :  “Be careful with this book : it was written for you.” Matthew Syed’s latest work rather prompts the same reaction.

He writes as a non-specialist for non-specialists. His style is both easy and accurate, and his thesis is as clear as it could be. Problems in the past were less complicated than the problems of the present, and could be solved by individuals. Because modern problems are far more difficult, they should be solved by collaborative teams.

That, of course, is an historical judgement, though few historians are rarely quite so robust. It provides the starting point for an interesting, even vital, discussion. The author, however, takes its truth as read. In the same way, he takes the superiority of collective working as read —there’s even an approving nod towards the advantages of the open plan office as a place for stimulating ideas.

He has no doubt that leadership is necessary to avoid anarchy and paralysis. But leadership should be dominant only after a decision is made collaboratively. He gives two moving and compelling examples of dominance leadership that ended in tragedy, the one in US airspace and the other on Mount Everest.

He is also aware of the dangers of groupthink when excellent people from the same background and the same skillset fail to see what outsiders see all too clearly. The book begins with the sorry tale of the CIA’s failure to understand Muslim extremism, and it ends with how a greater diversity of background and education is bringing the agency into a more effective place.

Everything depends upon the proper diversity of teams. Mr Syed knows full well that “proper” can never mean “random”. Yet even within its own terms, this is where the book shows a serious weakness : by what criteria is diversity to be judged? Much more needs to be said. And in view of the known dangers of populism, whether of right or left, what he calls the collective brain and the wisdom of crowds must be challenged or at least carefully justified.

And despite all that Mr Syed assumes, is the present-day individual quite so lacking in usefulness? First, committees inspire little outside loyalty or even respect. Secondly, the armed services know very well why it’s wise to obey captain’s orders —Joseph Conrad’s Typhoon has something to teach here. Thirdly, good poems, good books and great visions come from —individuals. It’s ironic that, though there are many generous acknowledgments throughout the book, there’s only one name on Mr Syed’s title page. 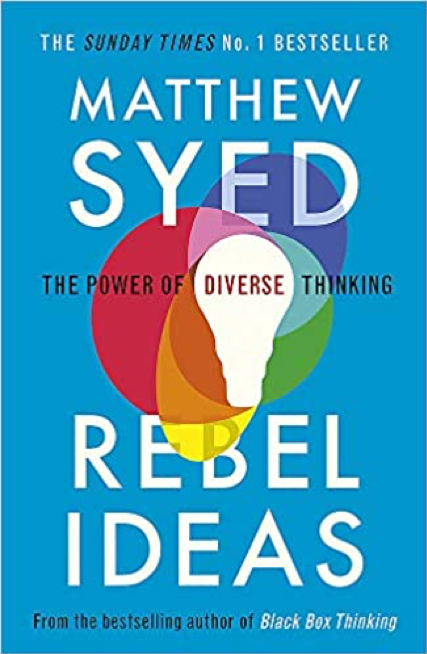