The Promise That Changes Everything: I Won't Interrupt You by Nancy Kline

Time for Boards to ditch digistraction?

Nancy Kline is famed for creating the Thinking Environment, outlining how people can produce independent thinking in their organisations, teams and lives.  In her latest excellent book, The Promise That Changes Everything: I Won’t Interrupt You (Penguin Life, London, 2020) she has coined the phrase “digistraction”.  This is short for digital distraction.  It can be best illustrated when she writes “Some of us would rather do without our friends than our phones.”  It occurs to me that this maxim might also be applied to certain Board members.   In my work observing Boards, distraction  - both digital and non-digital but most the former – is something I see frequently.  Too frequently.  At its worst, people in the Boardroom are surreptitiously looking at phones, typing the odd email or two on their laptop (and often not surreptitiously) or, surfing the internet (actually I have seen it all ranging from one Board member who thought it was more interesting to view her holiday snaps rather than listening to what was going on to another Director of a company embroiled in a severe crisis who felt it more important to call his wife to let him know about dinner arrangements than deal with a possible insolvency event!)   Even at their best, Boards are making time for regular breaks so, I am often told, that people have time to catch up with emails and calls!

But if you think about it, scheduled Board meetings are not that common an occurrence  - perhaps six to ten times per year for a FTSE 250.  Let’s say they last for four hours a time – at the lower end of the scale that’s 24 hours a year.  Not that much for the body responsible (and liable) for leading the organisation.  Don’t Directors owe it to their various stakeholders as well as themselves to ensure they remain focused on the job in hand – contributing to the Board debate and leading the Company?  Isn’t there an awful lot to lose if they don’t?  However, the proliferation of digistraction marks two much more worrying trends: the lack of thinking around the Boardroom table and the dysconnectivity between Directors.   As Kline writes “The human mind needs structures of attention and connection.”  Constant interruption by digital devices – scheduled or not – won’t allow for the requisite degree of attention when it is needed at its very most – after all, in the main, Boards are dealing with important and often critical matters.  Full attention required.  Frequent sneaky (or not so sneaky!) iPhone breaks won’t make you the best decision maker.  And forget the multi-tasking defence, at best its mitigation!

But connectivity is also important here.  Kline cites Alan Lightman who said “By not giving ourselves minutes – or hours -free of devices and distractions we risk losing our ability to know who we are and what’s important to us.”(Emphasis mine).  One of the recent trends in Board Effectiveness Reviews is that Board members say they do not really know each other well enough.  While there is a business need in being a NED, there is also a social one.  And it is perhaps more critical than this: I often hear NEDs say that if the Board members knew each other they – and especially the Chair – would know better when to draw in people’s expertise across the Boardroom table.  So rather than spending time with our digital friends, isn’t it better that we devote this time to get our fellow Board members better.  This will surely improve Board thinking, decision making and effectiveness.

I have been the chief legal officer and/or company secretary for both listed and major private companies.

This has led me to develop an expertise in corporate governance and working with boards on effectiveness, enhancement and performance. I also work with directors and lawyers on training and performance. While most of my work takes place in the corporate sector, I have also undertaken assignments in the not-for-profit and public sectors. As well as being a lawyer I have an MBA from Ashridge Business School, have a coaching qualification, and am a CEDR (Centre for Dispute Resolution) accredited mediator. I am also currently training in how to assess psychometric questionnaires. 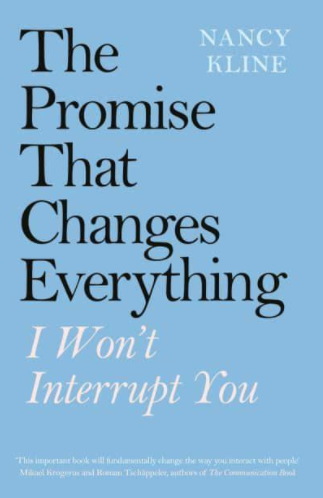